2019 has been another incredibly eventful year for all of us at Free Russia Foundation, with more critically important programs and interesting projects, new and invaluable team members, new offices, more in-depth research and vital cutting-edge reports, more partners, supporters and publicity, and more ambitious ideas.

In addition to our offices in Washington, DC and Kyiv, Ukraine, we opened a new office in Tbilisi, Georgia led by the dynamic team of Egor Kuroptev and Nikolay Levshits, and a representative office in the Silicon Valley. From our head office in DC, we continued supervising all FRF activity in 18 time zones and served as an informal embassy for activists in the Russian prodemocracy movement. Our Kyiv and Tbilisi teams focused on assistance to exiled Russian activists and human rights defenders, exposure of Kremlin’s disinformation campaigns and trust-building efforts between prodemocracy Russians and local civil societies.

This past year, we grew our staff to help lead us to new success in the coming year and the new decade. We were fortunate to add Vladimir Kara-Murza as our vice president, and the Russian pro-democracy movement’s de-facto roving ambassador who spoke out for the release of Russian political prisoners and on behalf of basic human rights in dozens of capitals around the world. Joining us to become our director of special investigations this year is Michael Weiss, an award-winning journalist who, among other ongoing investigative reports is distributing his groundbreaking publication of KGB training manuals. Vienna-based Anton Shekhovtsov joined FRF as a Senior Fellow and will continue building on our Misrule of Law study, which exposes the Russian government’s continuous effort to undermine Western institutions and societies. To strengthen our footprint in the technology sector, Mikhal Kokorich joined our team to act as our representative in the Silicon Valley, which offers a steady beacon of hope to entrepreneurial Russians who could only thrive in a freer society. Our core team of Natalia Arno, Liudmila Matkheeva, Greg Frolov, Ilya Zaslavskiy, Natalya Lunde, Nadia and Dima Valuevs, Evgenia Kara-Murza, Vladimir Zhbankov, Palina Brodik, Pavel Elizarov continue to work overtime to implement all our numerous projects.

In 2019, we formed two coalitions – the Global coalition to lead an advocacy campaign on behalf of the Kremlin’s political prisoners, including Ukrainian hostages of Putin’s regime and to those who spoke out for democratic reforms inside their own country. We are leading a coalition of prodemocracy Russians to #RethinkTheDeal that is giving Putin geopolitical leverage in Europe through the “corruption pipeline” of Nord Stream 2 – to the detriment of the Russian people.

Together with other human rights organizations we commissioned a 282-page detailed report “The Kremlin’s Political Prisoners” developed with the support of the Memorial Human Rights Center. The report was presented at the OSCE and at the U.S. Congress, and we provided testimony on the issue of political prisoners at the Canadian Parliament as well as alerted the public about this growing problem in dozens of talks and interviews on this topic. We also created a Coalition’s page where we depict specific stories of Kremlin’s political prisoners on a weekly basis. 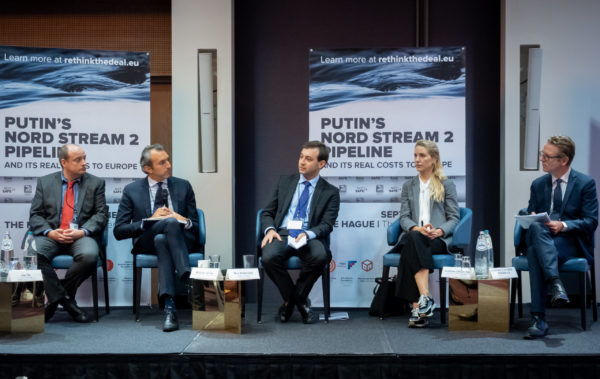 During our ambitious awareness campaign #RethinkTheDeal we produced in-depth reports about the real costs of Nord Stream 2 for Europe, conducted three high-level conferences in the Hague, Berlin and Strasbourg and developed and placed hundreds of articles, op-eds, videos and memes in English, German, French, Dutch, Russian and other languages. We warned the European audiences that NS2 is bad for the environment, a bad business deal, a huge security threat, a corruption trap and something that could trigger the break-up of the European Union.

One of our most groundbreaking and widely read reports was our multi-authored Misrule of Law journal that offered in-depth exposure to the Kremlin’s methodical efforts to corrupt and influence centuries-old democratic institutions in the West. While conducting research for this report, we found no shortage of examples of the Russian government’s malign activities and led to our decision to continue the Misrule of Law journal to call out the Kremlin’s actions.

In our Scenarios report, we recruited a number of high-profile sector experts to take a look at the possible future trajectories of Russia’s future.

In June 2019, we had two large high-profile events. Our conference “The Strategies to Defend Democratic Institutions” was held June 13 at the U.S. Capitol in partnership with Human Rights First and the Henry Jackson Foundation. Our keynote speakers included Senator Sheldon Whitehouse, Congressman Bill Keating and Congressman Adam Kinzinger. On June 28, we held a conference in The Hague on how to counter the Kremlin’s propaganda while respecting freedom of speech with participation of the UN Special Rapporteur on freedom of speech David Kaye and many other prominent Russian, European and American politicians, journalists and civil society leaders.

During this past year, we continued our series of bringing urgent Russian-related information to Western policymakers at the U.S. Capitol, the European Parliament and national parliaments where we engaged hundreds of leaders on the numerous challenges they face in working with the Russian government.

While in The Hague on June 28, we learned that Free Russia Foundation was placed on the “undesirable” list. The irony of learning about this while being in the city that stands for international rule of law was not lost on us, and neither was the fact that our programs are designed to provide greater freedom and human rights to the Russian people. We have challenged the designation in a Russian court and will take our case to international courts. 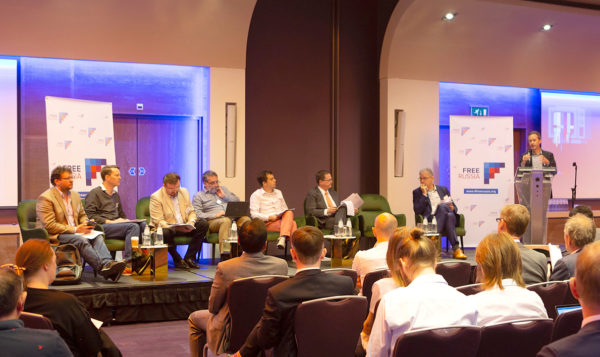 With the added attention to what we’ve accomplished this year came greater peril from those wanting to block our success. In addition to the undesirable designation, we were the subject of numerous (and often humorous) breathless news reports in Russia that easily fall into the “fake news category, we endured countless cyberattacks on our website and directed at individuals working with us, we became better acquainted with representatives of the Russian government who happen to pop up at the same locations as us, as well as accusations that we encouraged riots in Georgia and “interfered” in Russian elections (despite being Russian citizens ourselves).

On December 2, 2019 we marked our five-year anniversary. Beginning in 2014, we grew from a one-woman organization run from her kitchen table to a respected democracy promotion do-tank and think-tank with offices or representatives in nine countries. As a do-tank we lead efforts of prodemocracy Russians to advocate for positive changes in our home country and provide training and assistance to activists, human rights defenders, researchers, journalists and bloggers. As a think-tank, we conduct research, produce reports and other analytical material for both Russian and Western audiences.

In 2020, we are planning to have more representation in Europe, fight our “undesirable” designation and continue to be a stone in the shoe of the kleptocrats in the Kremlin.

Happy New Year to all of our friends, supporters, partners and our amazing Board of Directors who continue to help set our strategic path and give us great advice to build our future.