The Kremlin’s Political Prisoners: The Case of Konstantin Kotov

On the evening of August 12, 2019 civic activist Konstantin Kotov was detained not far from his home and taken to the Moscow headquarters of the Investigative Committee. Kotov was charged with an offence under Article 212.1 of the Russian Criminal Code “Repeated violation of the regulations for organizing a public assembly, rally, demonstration, march or picket”, and his apartment was searched at night without a court order. Memorial Human Rights Centre, in accordance with international guidelines defining the term ‘political prisoner,’ has recognized Konstantin Kotov as a political prisoner.

On August 14, 2019 a judge of Presnensky district court in Moscow Elena Abramova remanded Kotov in custody until October 12 2019. This was the first time when a person charged under Article 212.1 of the Russian Criminal Code was remanded in custody. The ruling was made despite the fact that seven members of Moscow municipal assemblies, the politician Grigory Yavlinsky, the writers Liudmila Ulitskaya and Viktor Shenderovich, the film director Oleg Dorman and the journalist Viktoriya Ivleyeva vouched for Kotov. Previously, measures of pre-trial restraint applied against persons charged under this Article had never included deprivation of liberty. In the cases of Ildar Dadin and Vyacheslav Yegorov the suspects had been placed under house arrest.

On August 15, 2019 Kotov’s lawyer, Maria Eismont, reported  that the case investigator had informed her the investigation was completed and the case sent to court. The unprecedentedly short preliminary investigation in this case therefore took less than 50 hours. Moreover, the next day the judge Abramova restricted the time for Kotov and his lawyer to study the materials in the criminal case. In other words, the judge allotted 72 hours for examination of the four volumes of the criminal case, of which 48 hours fell on a weekend, thereby still further restricting Kotov’s right to a legal defense.

Kotov has been charged with taking part in three protests in support of political prisoners, calling in a Facebook post for people to join a protest on Trubnaya Square on 19 July 2019 against opposition candidates being prevented from standing in upcoming elections to Moscow city assembly, and taking part in a protest walk on 10 August 2019 after the rally that day against political repression and for the registration of independent candidates in the Moscow city assembly elections. 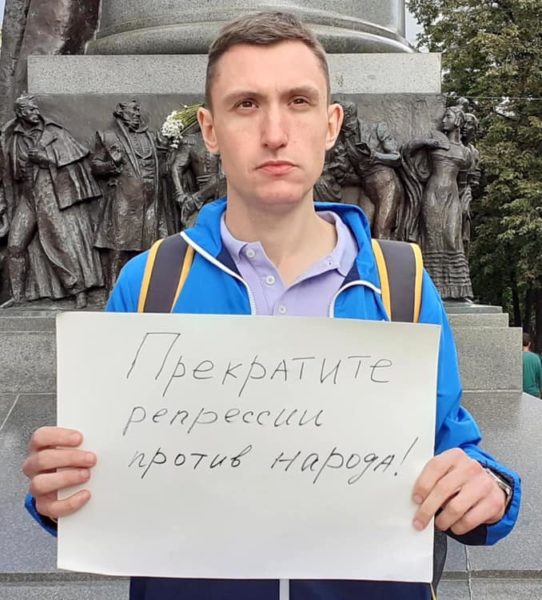 The very fact of prosecution under Article 212.1 of the Russian Criminal Code, which is unconstitutional and in violation of legal norms, gives grounds to conclude the prosecution of Konstantin Kotov is unlawful and politically motivated. Article 212.1, like Article 20.2, Section 8, of the Russian Administrative Law Code “Repeated violation by a participant in a public event of the established regulations for holding a picket”, contradicts fundamental legal principles and is intended to restrict freedom of assembly and force government critics to cease their public activity.

Political motivation of the Kotov’s prosecution is shown by the fact that the peaceful protest, in which he took part of, were against the policies of the current authorities, and his prosecution took place amid of a sharp increase in repressive measures against participants in peaceful demonstrations and rallies. The little time in which the preliminary investigation was conducted (and during which Kotov was not given a single minute of confidential communication with his lawyer) made a mockery of due process. Moreover, it made clear the authorities intend to use the Kotov case as a precedent to put pressure on the organizers of, and participants in, Moscow protests against the refusal to register independent candidates in the upcoming assembly elections. 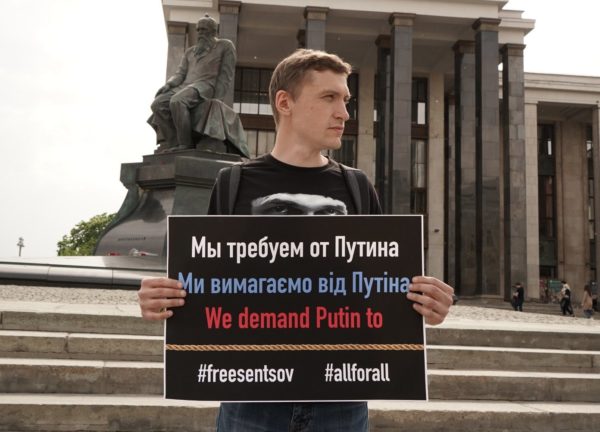 NEP Prague (Czech Republic)
The purpose of this Coalition of civil society organizations is to organize and coordinate collective actions to free the Kremlin’s political prisoners in ways that will supplement and enhance the work of individual Coalition members, aimed at raising the profile of the Kremlin’s political prisoners and placing increasing pressure on the current Russian authorities to release them.