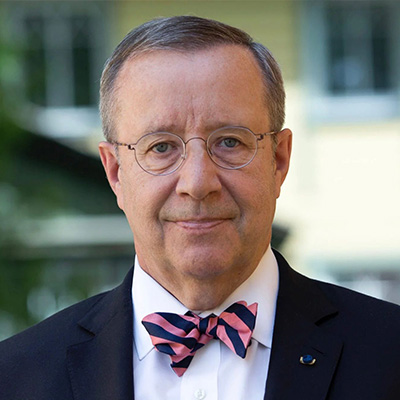 Throughout his career, Toomas Ilves has advocated and supported digital independence and security through his creation of large-scale digital projects that empowered the people of Estonia and his work in cybersecurity with the World Bank’s World World Development Report 2016, the World Economic Forum’s Global Agenda Council on Cyber Security, and through his current position as a board member of the Munich Security Conference advisory board.

Ilves began his long and contributive career with teaching, researching, and writing for various groups and institutions such as Columbia University and Radio Free Europe. He has continued to publish and write, primarily in Estonian and English, but also Finnish, Latvian, Hungarian, and Russian. His works have been recognized and honoured by many groups and institutions; in 2017 he was awarded the World Leader in Cybersecurity Award by Boston Global Forum and earlier in 2014 he was awarded the Freedom Award by the Atlantic Council.